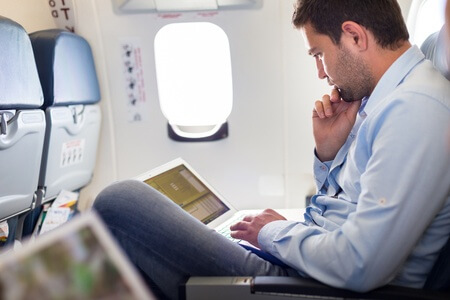 An Executive Order on immigration was signed by President Donald Trump on January 27th, placing immediate travel restrictions from seven countries. While this may not pertain to most of our client’s travelers, the ban is already affecting the business travel industry and its trends.

The Executive Order on immigration

Citizens from these seven countries – Iraq, Syria, Iran, Libya, Somalia, Sudan and Yemen, will not be allowed to enter the United States. Restrictions will continue for the next 90 days. Currently, these nationals may travel to and from the U.S. only if they are in possession of a Green Card. They will undergo additional secondary screening upon arrival. This is a recent change to the order, following some confusion when the order was first released. Those already living in the U.S with visas will not be removed. The U.S. State Department website also advises these citizens to not schedule visa appointments at this time, or attend their pre-scheduled visa appointment. They will not be permitted entry into the embassy or consulate.

How companies are responding to the 90-day ban

A survey conducted by the Association of Corporate Travel Executives found that 39% of the 260 respondents said the ban had the potential to reduce corporate travel. When asked if the ban posed travel difficulties for their company, 20% responded “yes”, while 34% were still unsure of the repercussions.  Their largest travel difficulty concerns were; fear of traveler harassment, fear of harassment of US travelers in the Middle East, uncertainty regarding Green Card and approval via credibility, and limited access to the employee pool.

Leading multinational corporations and tech companies have already expressed their concern by the Trump Administration’s actions on immigration. CEOs from companies such as; Ford, Amazon, Coca-Cola, Bank of America, Chobani, Uber, Netflix, Starbucks, Apple, Twitter, SalesForce, Tesla, General Electric, Expedia, and TripAdvisor have released statements concerning the ban.  Additionally, Google and their parent company, Alphabet, sent an internal memo to their employees, urging any employee in the U.S. on a Green Card or visa to use caution. The memo stated, “Please do not travel outside of the U.S. until the ban is lifted. While the entry restriction is currently only in place for 90 days, it could be extended with little or no warning.” The definitions of this Executive Order are still being defined.

If you are a client and require assistance or need to make amendments to your itinerary,  please contact Christopherson Business Travel .  Our agents will check the most up-to-date airline policies.  You can contact your dedicated reservations team per the phone numbers noted on your itineraries.