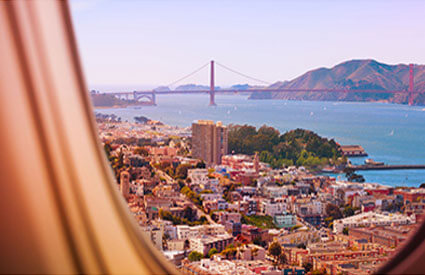 If you’re flying in or out of the San Francisco International Airport (SFO) this month, there’s something you should know. From September 7 – September 27, two of its runways are under construction. The runway closure is causing major delays and cancellations, both on domestic and international flights, and shorter flights more affected. Here’s what you need to know and the best tips to avoid a travel issue at SFO.

Why is construction causing delays?

The construction project for SFO’s runway 28L was planned, but is causing flight delays and cancellations nonetheless. The runway typically serves 68% of the airport’s flights. With only two other runways operational, it’s no surprise issues are occurring. For comparison, Atlanta’s Hartsfield-Jackson Airport has five runways, and Chicago’s O’Hare Airport has eight. This past Sunday, 266 flights were delayed and 52 were cancelled by 4pm. Though seemingly high, it is significantly lower than the previous Sunday, with 358 flights delayed and 137 cancelled.

The time frame of the project was slated for September, specifically to avoid inclement weather. As you can imagine, escaping temperamental fog and rain can be difficult in the Bay Area. Precipitation is usually low at this time of year. Airport traffic is also lower, dipping between summer travel and holiday travel. Construction started September 7, and is scheduled to be out of use until September 27. A bit of good news though, airport officials said last week that crews reached the halfway point of the project two days ahead of schedule.

What can I do to avoid flight delays or cancellations?

Unfortunately, not much. If you must fly through SFO this month, plan for a two to three hour delay. The airlines are also doing their best to reduce travel issues. Legacy airlines, United Airlines, Delta Air Lines, and American Airlines, are waiving change fees during the dates of construction. Alaska Airlines and Southwest have adjusted timing of their flights and warned travelers to expect delays. Here are some other tips for flying through SFO this month:

Christopherson Business Travel is a corporate travel management company with more than 60 years of experience. Contact us to learn more about our consultative approach to account management or schedule a demo of our AirPortal technology.