By Christopherson Business TravelOctober 29, 2010 No Comments
As previously announced, Christopherson Business Travel has been awarded the Alfred P. Sloan Award for Business Excellence in Workplace Flexibility – for the second year in a row!  On October 20, 2010, a group of nine of us from CBT attended the award luncheon at the Little America Hotel in Salt Lake City.  I thought I would share a few photo highlights for your viewing pleasure. 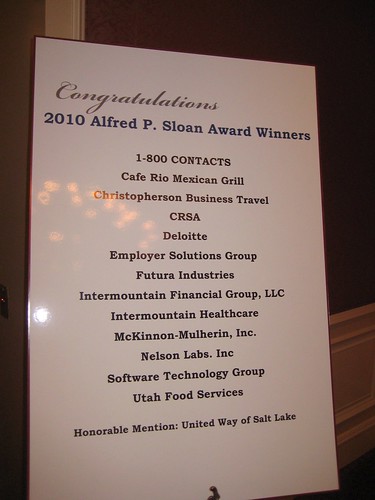 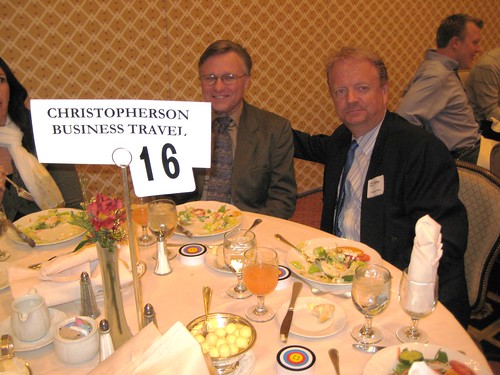 This dessert tasted every bit as good as it looked.

The governor of Utah attended the lunch as the keynote speaker, and presented the awards.

“As a recipient of the 2010 Sloan Award, Christopherson ranks in the top 20% of employers nationally in terms of its programs, policies and culture for creating an effective and flexible workplace,” states Ellen Galinsky, president of Families and Work Institute. “In addition, what makes this honor so special is that employees have corroborated this, affirming that it is indeed an effective and flexible workplace.”