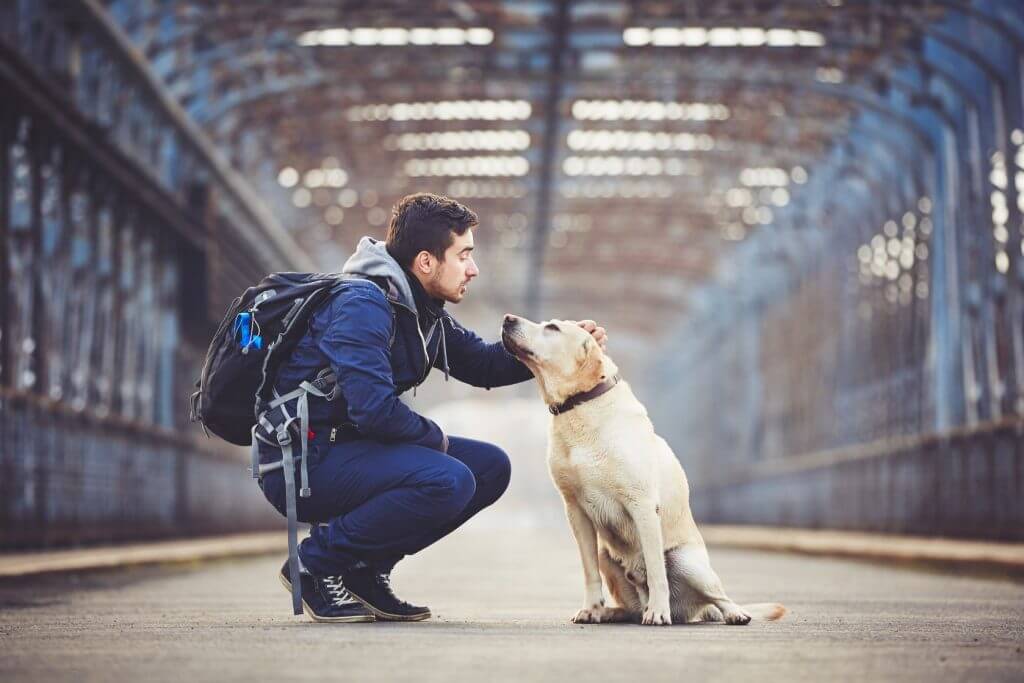 You seen them on the plane and in the airport—service dogs and animals flying with their owners. But did you know not all are trained to provide assistance for their handlers? Some of these are animals aiding and comforting the owner who is suffering from mental or emotional issues. These ’emotional support animals’ are allowed on planes and travel just like service dogs though. Read below the frequently asked questions we had about these emotional support animals on airplanes.

What are emotional support animals?

Emotional support animals (ESA) help people suffering from anxiety and other emotional disorders. They are allowed to always accompany the person in need, even in places that don’t allow animals. A few examples are restaurants, movie theaters, at work, and on public transportation. They are often confused with service animals, which are specifically trained to assist people with disabilities. These are the seeing eye dogs or hearing dogs, but also include animals that are trained to detect the onsets of future episodes like seizures or PTSD symptoms. These animals go through rigorous and specific training to assist those in need.

Emotional support animals, or comfort animals, have a less rigorous definition, and are therefore not considered service animals by the ADA (Americans with Disabilities Act). These animals, not only dogs, provide companionship, relieve loneliness, and help with depression, anxiety, and certain phobias. By providing therapeutic contact, they improve their owner’s physical, emotional and cognitive functioning.

What is the process for receiving an emotional support animal?

To be eligible for an emotional support animal, the person must first be diagnosed by a healthcare physician with an “emotional/psychological disability”. A properly written letter from a licensed therapist, counselor or physician is sometimes needed. They must also prove the animal is well-behaved and under control. After registering online, through a number of different organizations, they receive certifications and  patches for their animal. Overall, the process is easy and straight-forward.

Ultimately, the care and supervision is the handler’s responsibility. The animal must be under control, including things like excessive barking, jumping on people, or running away from handler. If the owner can not get the animal under control, businesses have the right to not allow the animal on the premises.

Can only dogs be emotional support animals?

The FAA allows support animals to fly in cabins on flights, but the decision is really up to the airline. Though the airlines do vary, it seems most allow these comfort animals with additional documentation, such as a letter from a licensed professional. The airlines require a minimum 24 – 48 hour notification period to let the airline know that there will be a emotional support animal on borad.

Are any animals not allowed on flights?

There are some restrictions on the type of support animal allowed to fly. Rodents, ferrets, snakes, spiders and other reptiles are often not allowed on flights. Also, depending on the destination, especially international flights, there may be additional restrictions. Overall, it’s best to contact the airline directly.

Yes, both service animals and support animals go through security screening at the airport. Their collar and vest are removed and the owner holds them while they go through together.

Do travelers pay for their emotional support animal to fly?

Travelers with emotional support animals or service animals do not pay additional fees to fly. I did learn that some airlines, like Delta, allows passengers to bring small pets on board for an additional fee with some restrictions. Counting as one piece of carry-on, they must be kenneled and stowed in the seat in front of the passenger.

Where do support animals sit on the flight?

If the animal is small and kenneled, it should be stowed under the seat in front of the traveler. If the emotional support animal is larger, it should sit at the customer’s feet, without protruding into the aisle. Travelers with support animals are not allowed to sit in exit rows.

What if someone on the flight has a pet dander allergy?

According to the FAA, allergens, including pet dander, are introduced onto planes by passengers and their clothing. So regardless if there is an animal on the flight, pet dander will be present anyway. If someone has severe allergies, they should fly with an airline that does not allow pets in the cabin. They can also contact a reservations agent from the airline to see if any other traveler have booked pets on that flight. As a last resort, the airline will typically reseat someone with a pet allergy.